Last night was a dream come true. I got to speak for the NDSU Bison football team inside the Fargodome.

On the surface, you might look at this as not that big of a deal. I’ve spoken for a lot of athletic teams before.

But this one was different. 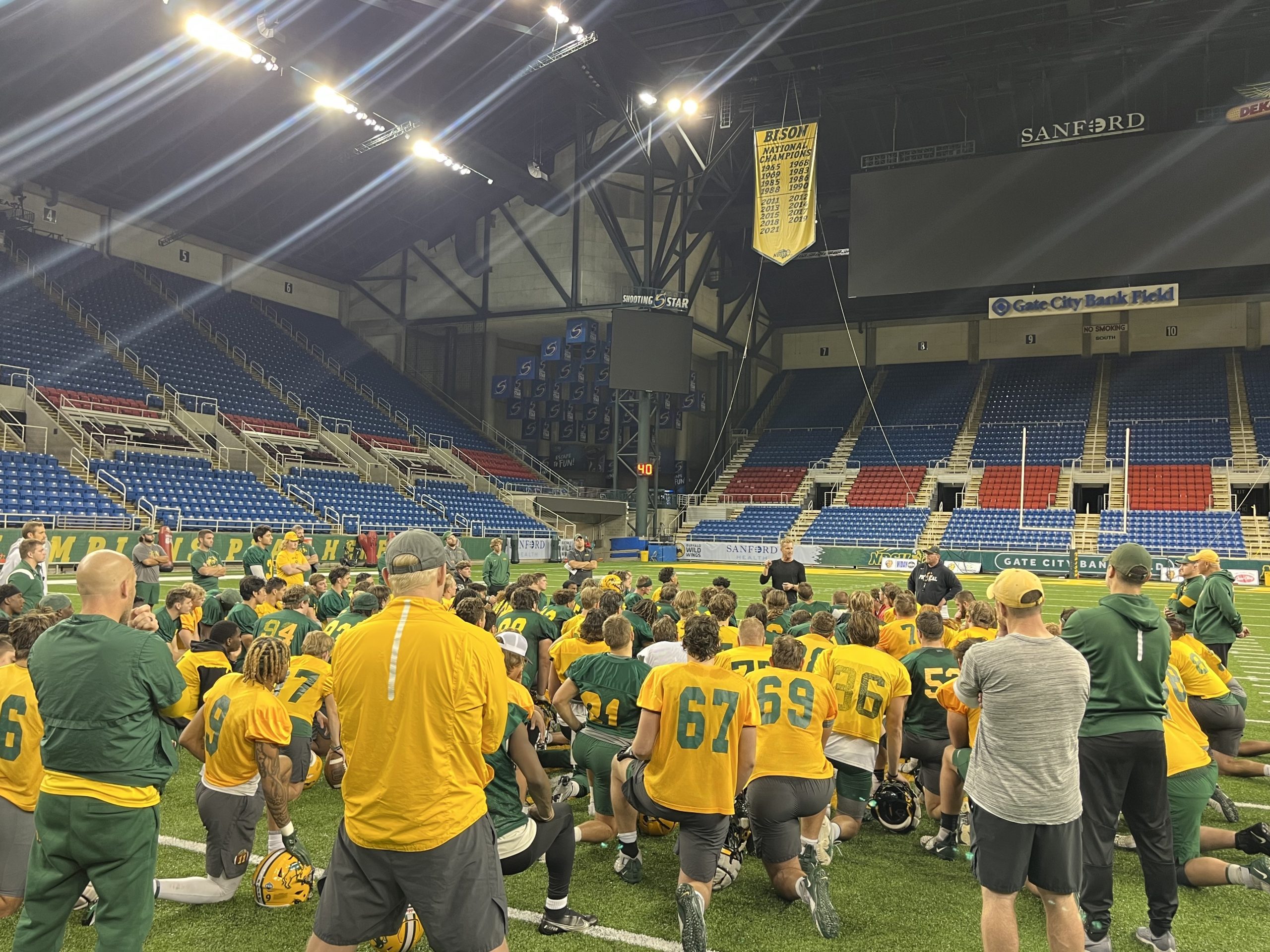 My dad played football for NDSU and won a national championship in 1969. It was one of his proudest accomplishments. He maintained close relationships with teammates for his entire life.

And it became tradition that we'd make at least one trip to Fargo each year to watch a game. It also gave him the chance to reunite with his championship teammates.

I remember saying to him before he passed in 2018, "Dad, someday I'm going to speak for the Bison football team."

So, when the opportunity came for a speaking engagement today in Fargo and the person bringing me in had a connection to the football team, I took full advantage.

NDSU has become a dynasty, winning 9 national championships in the last 11 years. What in the heck am I going to say to them about Outperforming?

It's important to squash that inner skeptic. That one that tells you you're not ready...or capable...or enough.

I had to do it for dad...and because I told him I would.

I only had 5-10 minutes with the team and at the bottom of this post I'll paste the notes I made for the speech (there will be typos - I didn't clean any of it up). I never write out speeches because I've gotten to a point where a simple bullet point is enough to remind me of the story and the point I'm trying to make. But I didn't want to waste this opportunity by rambling.

Never doubt the power of intention. When you have this, the universe has a funny way of making things work.

Wishing you success and crossing the dreams off your list,

Scott
« Previous Post Hard week? Here’s how to handle it. Next Post » Plan the work. Work the plan.