What is the difference between confidence and arrogance?

Confident people may think they know a lot but there’s always room to learn and grow. And they’re no better than anyone else.

I was asked this question after a virtual event I did yesterday and it was in regards to establishing powerful belief systems: 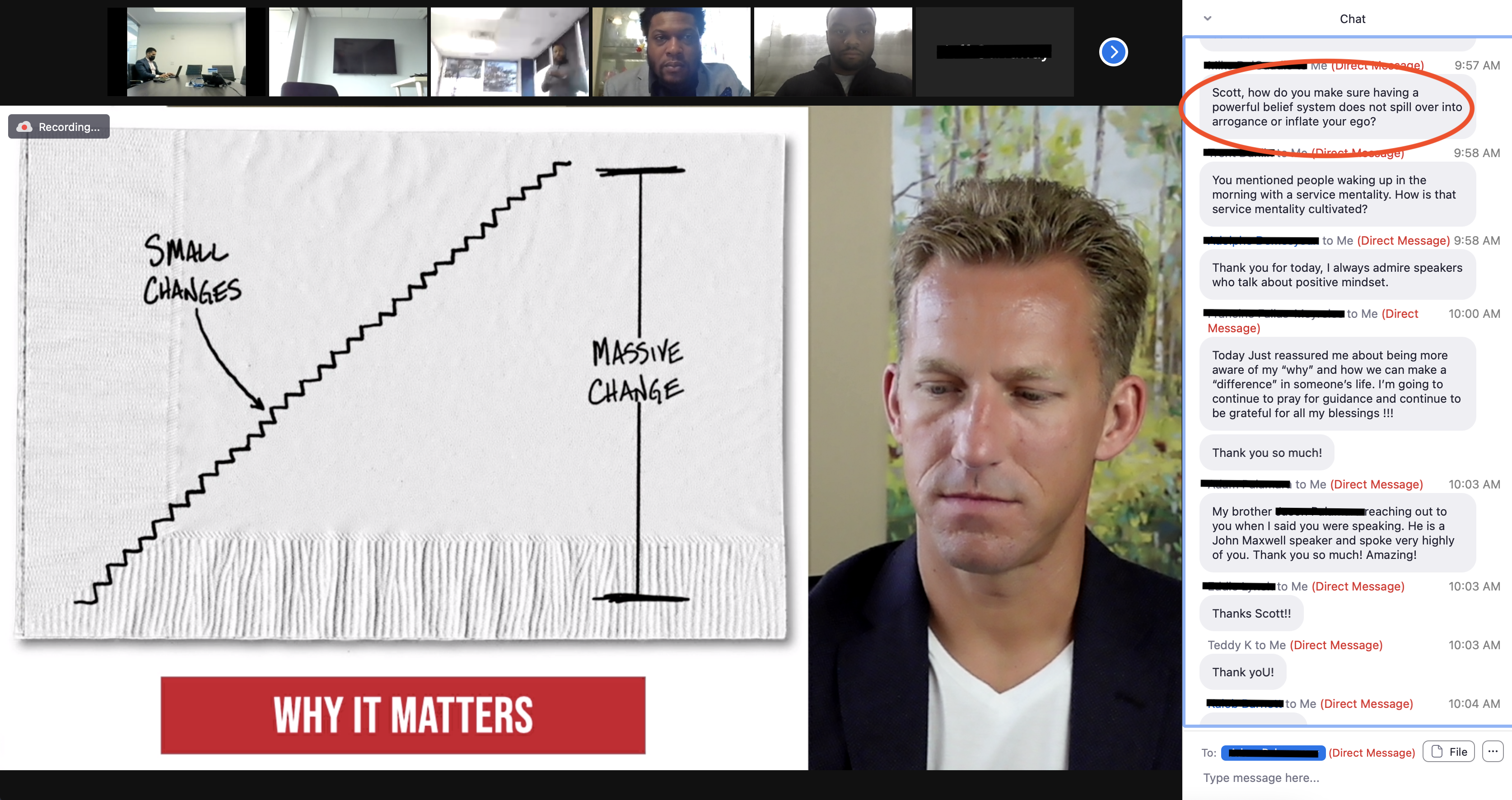 The starting point to Outperforming is in letting go of self-limiting beliefs. They are the governor on our individual potential.

Most of these belief systems are formed very early on before we even knew what the heck was going on. Then, without self awareness, we can spend our lives seeking out information that further confirms these beliefs (see Confirmation Bias).

The one I reference most often in my speeches is growing up believing I wasn't smart. I never tried very hard in school and until my junior year of college, I was a C student. Those results only further confirmed my belief that I wasn't smart.

A vicious cycle, and not a good one.

We have belief systems in all areas of our lives:

I will bet if we peeled back the psychological onion, the person that asked about not wanting an inflated ego from a powerful belief system has a direct negative experience with someone that came across that way.

And as long as they think that a powerful belief system = arrogant and inflated ego, they're going to unconsciously suppress their own confidence and strength in response to it.

Yeah, that's deep for a Saturday morning but it is how the game is played 🙂

Choose empowering beliefs; ones that serve you. They are the precursor to you being your individual best, personally and professionally. (more here on a podcast, if you're interested)

Latest video: Will this Pay Off? Consistent Performance and the Stanford Marshmallow Experiment Revisited

Scott
« Previous Post In Need of Tech Support… Next Post » Mainstream Myth: Massive Action Does NOT Solve All Problems