I was competing in my first triathlon. I had a good swim and everything was going according to plan on the bike, until I got a flat tire at mile 42. I changed the tire, rode the bike about a mile up the road and – POP – it went flat again. I changed it one more time and the same thing happened.

Game over. My race was done. I was out of tubes and had to quit.

The worst part? I had to wait 45 minutes for the “sag wagon” to come pick me up. I sat on the side of the road, crying, feeling worthless and wondering how in the heck I was going to finish an Ironman triathlon two months later if I couldn’t even get through this one.

A fundamental Outperforming principle is that there is no failure. There is only feedback. 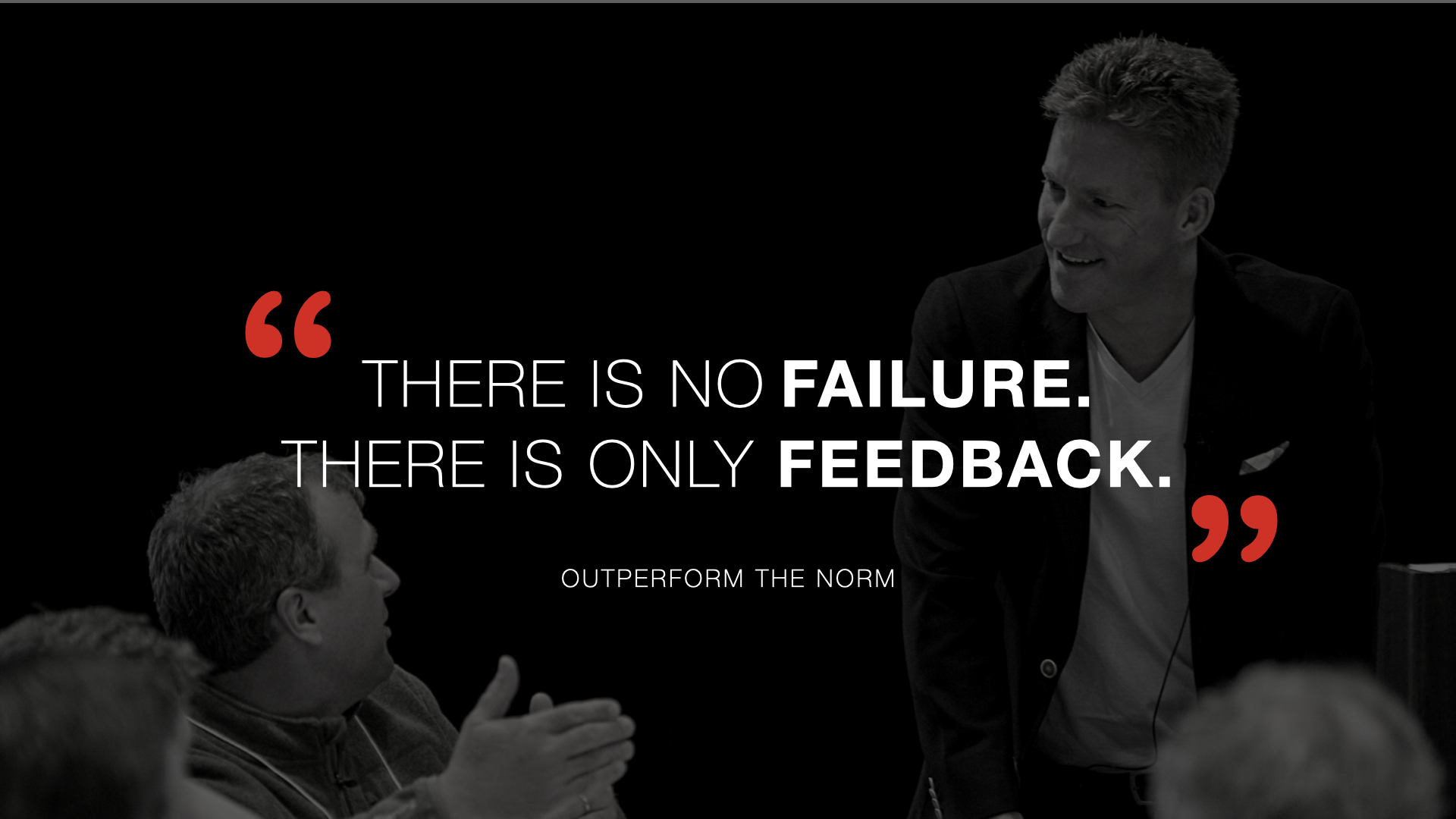 Did I fail in that race? You could make that argument. Not only did I miss the time I was shooting for; I didn't even FINISH the race.

But I chose to look at it differently. I got valuable feedback.

In this case, I didn't really know how to properly change a tire. And had I not flatted twice and quit the race, I probably never would have learned that lesson.

And ya know what? I've never made that mistake again in a race. Ever.

The more I speak with people of all titles, in all industries, the more I see feedback > failure as such an important concept in our Outperforming growth and peak performance psychology.

I truly believe there are only two ways we can ever "fail" at something:

Otherwise, we're all on the same journey where every past mistake is leading us one step closer to future success.

And for not making the effort to try? It brings us to my second favorite quote of all time (after The Price of Admission). Enjoy!

MAN IN THE ARENA

"It is not the critic who counts; not the man who points out how the strong man stumbles, or where the doer of deeds could have done them better. The credit belongs to the man who is actually in the arena, whose face is marred by dust and sweat and blood; who strives valiantly; who errs, who comes short again and again, because there is no effort without error and shortcoming; but who does actually strive to do the deeds; who knows great enthusiasms, the great devotions; who spends himself in a worthy cause; who at the best knows in the end the triumph of high achievement, and who at the worst, if he fails, at least fails while daring greatly, so that his place shall never be with those cold and timid souls who neither know victory nor defeat."