One of the first people I learned from when I started studying self-help and personal development was Jim Rohn. He had a great saying, “Courage weighs ounces. Regret weighs tons.”

It makes sense in the grand scheme of life, doesn’t it?

On Wednesday night I spoke for about 250 high school kids in a Catholic youth formation that are on the verge of being Confirmed. Fun group and very rewarding. 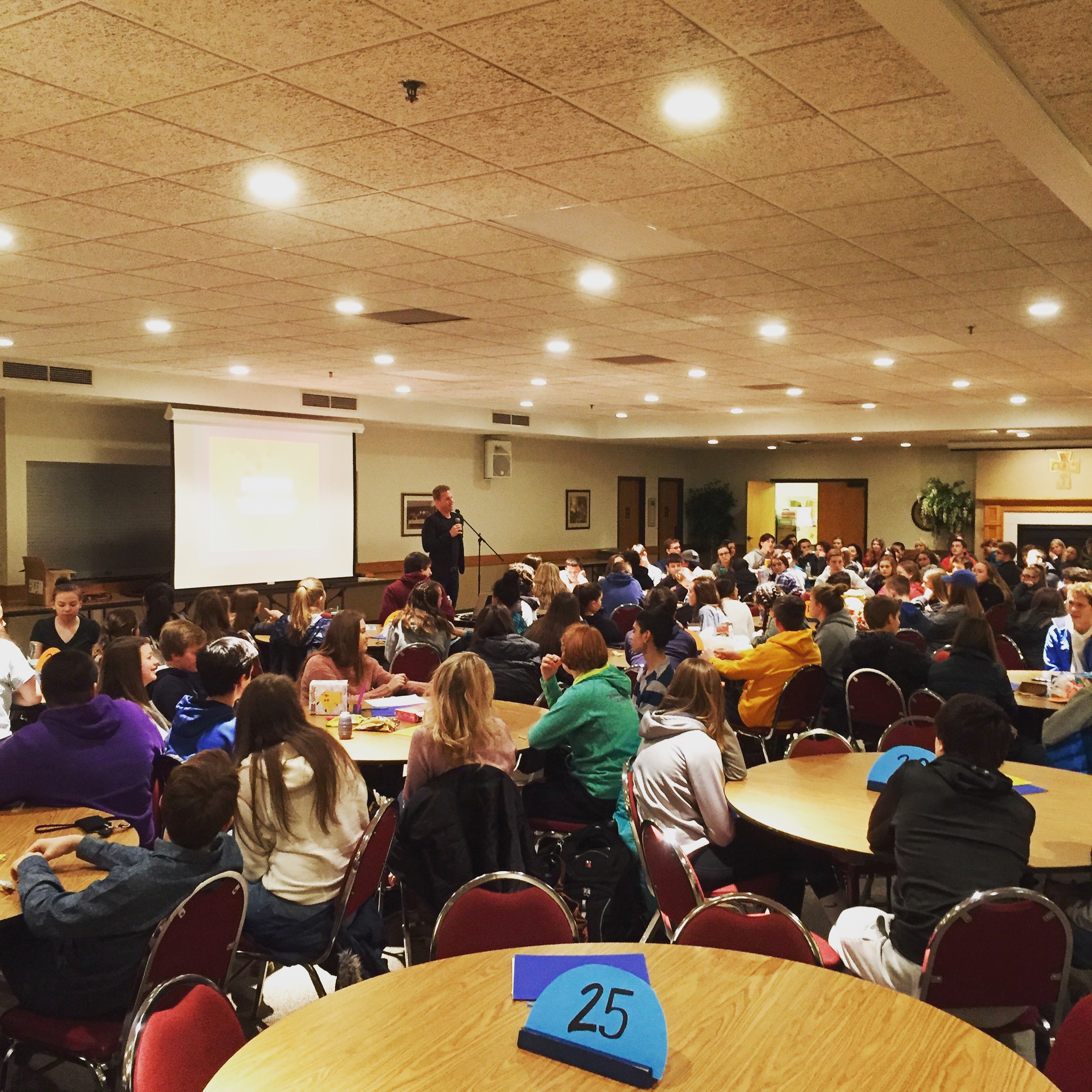 Afterwards, there was time for Q & A and a girl asked me a question that I'm not sure anyone has ever asked me before:

"What motivates you to do what you do?"

We were running out of time so I didn't have her elaborate on the question, but I assume she meant what motivates me to speak, run 100 miles, write books, etc. After giving it a bit of thought, I responded that my main motivation was really more of an anti-regret.

I have plenty of things I wish I would have done differently in my life (especially early on) and over the last few years I've made a promise to myself that I would remove as many "woulda, shoulda, coulda's" from my life as possible.

This is the little voice that whispers in your head, "You should try this" or "I wonder if I could do that?" We too often dismiss this voice because we feel we're incapable, inadequate, or it's just not the "right time."

If not now, when?

Anti-regret was an interesting thing to be talking about with these kids. I hesitated whether to even bring up the difficult and sensitive subject of what recently happened in Florida. Those kids who lost their lives were the same age as the group I was speaking to.

I have no idea where this story finds you. Maybe you have something you've always wanted to do but haven't yet done. Or maybe you're maximizing every opportunity. Only you know that answer.

But I felt compelled to write to you because that simple question from a high school girl made me reflect on my own life as a precious thing not to be taken for granted.

Not to sound preachy, but the main message of the presentation was:

"What you've been given (talent, smarts, skills, etc.) is a gift FROM God. What you do with it is a gift TO God."

Let's all strive to remove the woulda, shoulda, coulda's, shall we?