As a speaker, I’m connected to a lot of other speakers on LinkedIn. And I see a lot of posts on LinkedIn similar to this one: 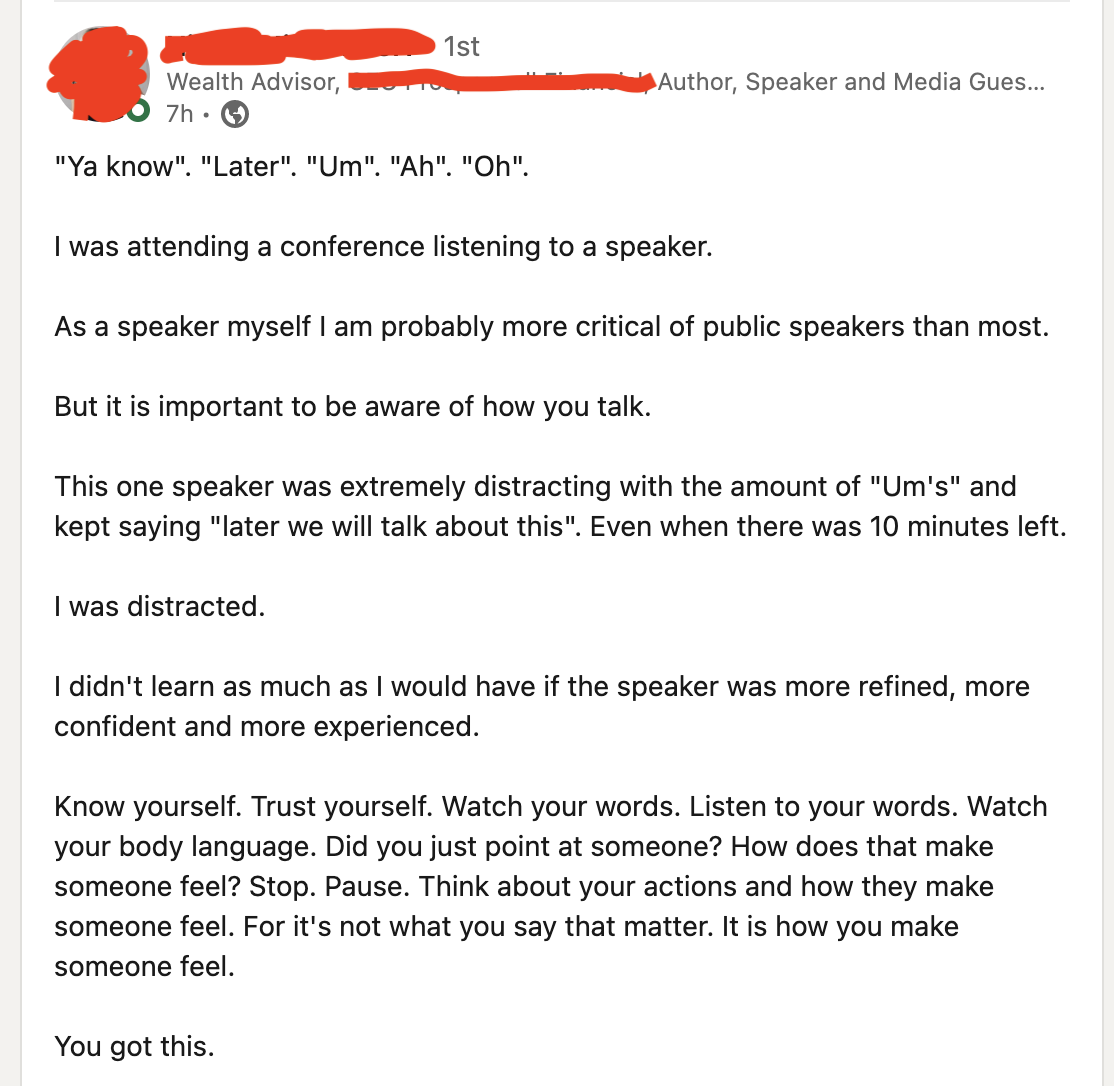 I don't know how this reads to you but it's the exact type of post I would have made a few years ago. Well intentioned...probably could have been communicated better.

Never put someone down to pull you up.

I've given hundreds of speeches to tens-of-thousands of people over the past few years and anytime I have the opportunity to watch another speaker and chat with them about it, they immediately think I'm going to criticize their performance.

I don't. I'm more COMPLIMENTARY of their performance. I praise them for having the confidence to put themselves out there and I emphasize the things they did well.

If they want constructive criticism, I will absolutely give it. I just don't start there. And because I'm a "professional speaker," it doesn't give me a greater green light to point out people's mistakes.

One of the biggest transitions I've made in my attitude this year is to always try to assume that people are doing the best they can. They may be fighting a battle I know nothing about.

Speaking, in this case, is HARD (like a lot of things in life) and, as we're in the season of giving, I think we should be more intentional of giving grace and praise to others. There's already an abundance of criticism to go with it, isn't there?

Wishing you the happiest of holidays and keep Outperforming,