I put out the following thought on social media last week: 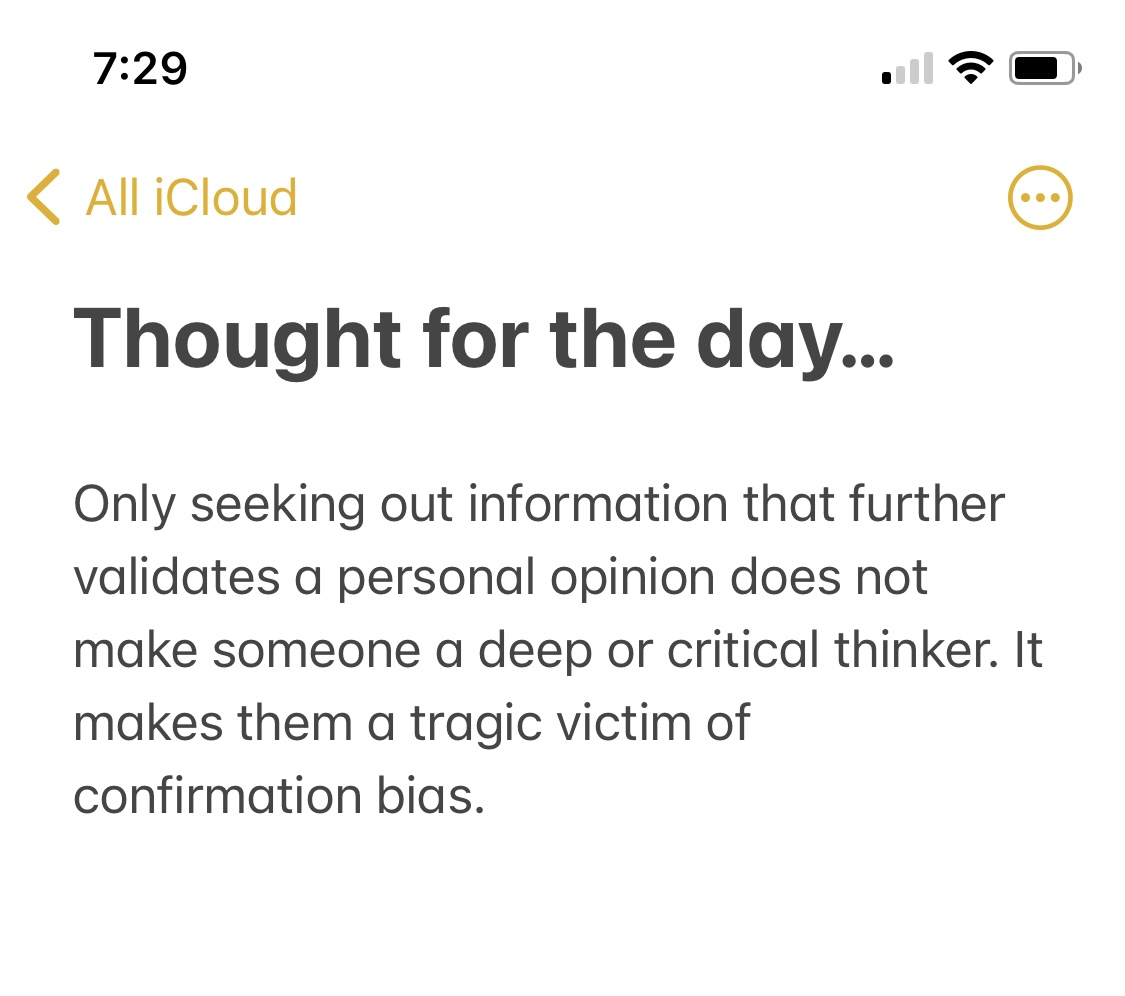 Only seeking out information that further validates a personal opinion does not make someone a deep or critical thinker. It makes them a tragic victim of confirmation bias.

Yeah, I'll open up the can of worms - when I originally wrote it, I was thinking about the vaccine.

I've heard so many skeptical people say they are doing their "research," and by doing so, they're a "deep" or "critical thinker."

For most, nothing could be further from the truth.

They say they're doing "research," but in actuality, they're selectively looking ONLY at the information that confirms their pre-existing beliefs (see Confirmation Bias).

I'm not going to pretend this is easy.

In fact, it's almost impossible.

With website crawlers and social media algorithms, we are constantly being fed information based on our previous behaviors, for better or for worse.

Before we know it, we've gone down a rabbit hole that we never intended to enter in the first place.

Hopefully you know, this is about MUCH more than the vaccine. It's about being conscious and intentional about managing our inputs.

Having strong, deeply held beliefs are a great thing. Stand for everything and you stand for nothing - it's what makes you an Outperformer.

But seeing both sides of the coin is important. It doesn't mean you have to love, like or agree with the opposite side, but you do have to respect it.

Assuming it's objective and somewhat grounded in logic.

The younger version of Scott Welle was much more of a "my way or the highway" person. Not only did he often speak in the third-person (hehe) but he thought that anyone who disagreed with him was flat-out wrong.

I was the one that was wrong.

Now, when someone has an opposing viewpoint, I don't get frustrated. I get fascinated.

Hmmmm...I wonder why that person thinks or feels the way they do?

Oh, and at times, it can be VERY fascinating 🙂

This may sound kinda like a rant. That's what speaking for over 14 hours in a week, mostly on Zoom, will do to you...

What I'm trying to say is simply this:

Your mind is a fortress and you're standing guard. You selectively choose what you let in at any point in time.

Please choose wisely. And objectively. And in a way that serves your best self, as you serve others.