My brother and I have a tradition of running one marathon together each year. In the spring of 2009, we went for a 19-mile training run. We started from my condo in Uptown, Minneapolis, and did a loop through Downtown.

Target Field (the stadium where the Minnesota Twins play) was being built and part of the purpose of the run was to see what the stadium was going to look like, from close up.

Now, when I was young[er], I didn’t look up much. It was all about head down, plowing through, finishing the task at hand and move onto the next.

We were about 13-14 miles into the run when we stopped at a CVS Pharmacy to buy Gatorade. We were just outside of Downtown, headed back towards Uptown, when I turned to my brother and said, “So, where was Target Field?”

He said, “Dude, didn’t you see that giant stadium surrounded by the huge pit of dirt that we just ran past??”

“No,” I replied. “I was more concerned with making sure we held our running pace.”

Since then, I’ve gradually looked up more often. Case in point, this was the view from a speaking engagement yesterday at Rush Creek Golf Club in Maple Grove, MN: 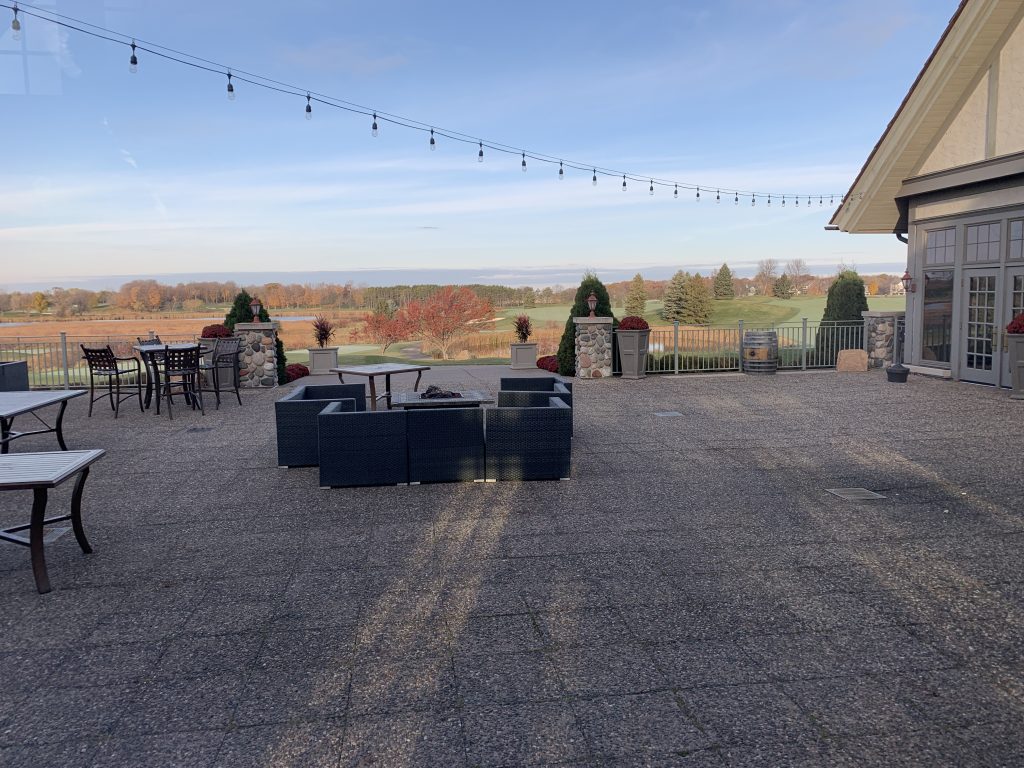 I don't typically talk like this, but there is peace and beauty all around us. Ten years ago I probably would have kept my head down and plowed through my speaking engagement, not taking the time to soak it in.

Our lives have never been busier and faster-paced. Don't forget to take a second to breathe, look up and appreciate what's all around you.