Why I Recommend AdvoCare Products 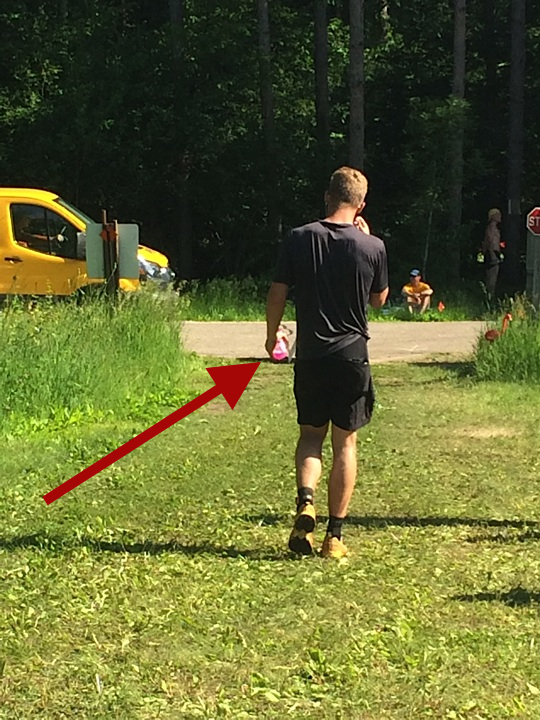 Carrying a bottle of AdvoCare Rehydrate during the loooong, lonely 100-mile ultra marathon 🙂

From the kitchen of Scott Welle...

Most people don't appreciate the relationship between what they put into their body and the result it produces.

I remember a client of mine a couple years ago. Super strong triathlete, especially on the bike. No one could drop her...even if they gave it everything they had.

But she'd under-recover from training, so she'd always show up half-fatigued and on the verge of injury. She'd also have stomach issues in every triathlon she'd do and end up walking the run.

Not fun and definitely not bringing out her true potential.

With improved nutritional supplementation, her performance went to an entirely new level. Instead of chronically tired, she was energized. Instead of sore, she was fresh. Instead of faltering, she was finishing strong.

It was a game changer. And I've seen the same thing from hundreds of other athletes.

If I had to summarize, here are the top five things I've seen from athletes who consistently use AdvoCare products:

1. They're leaner. They shed unwanted body fat while holding onto their lean muscle tissue. This is critical for performance, as I've seen some endurance athletes whither away into nothing when they start increasing their training volume and racing distances. Not good. You want to hold onto the tone and what I refer to as "functional muscle."

2. They recover faster. Recovery isn't something you feel in one workout. It's something you feel across weeks, where you start to notice that you aren't as sore, aren't as tired, and you're able to get up and get back after it more quickly than you used to be able to. This IS the golden goose when it comes to improving your fitness.

3. They have less stomach issues. I'll let you in on a tip - stomach issues should almost NEVER happen (I say "almost" because we are humans, and sometimes, random fluke things just happen). But for the most part, stomach issues are the direct result of the quality of products you put into your body. I cringe when I see an athlete train their butt off and show up to race day, ready and motivated, yet under perform because of poor nutrition.

4. They have more energy. When I say this, I'm not talking about recovery. I'm talking about energy and stamina DURING workouts. Many products get into your system quickly, give you a short-term spike, and a crash minutes later. Sustaining your speed and intensity is what matters.

5. They're healthier. Isn't this what we're all after? True health comes from a balance of what your body NEEDS and what you are consistently GIVING it. It is the foundation of all athletic performance.

Please know, I'm not selling AdvoCare as a magic pill. Nothing is. Interestingly enough, when I was introduced to AdvoCare three years ago by a couple of high-level strength & conditioning coaches, I was anti-supplementation. I was tired of bad tasting shakes and constantly wondering whether I was pissing my money away (literally and figuratively). It took me six months to try a single product!

But I gave it a shot and my performance hasn't been the same since. I've also come to appreciate it as a missing link for many athletes. They focus on their training program and their equipment (GPS, running shoes, bike, wetsuit, etc.) instead of focusing on the most important component - what they're putting into their body.

Make your body a freakin' machine and give it the high-octane fuel it needs.

I've tried - almost - every product out there and I have a golden rule that I will NEVER recommend something that I do not use myself. Personally, AdvoCare products have gotten me through the finish line of Ironmans, marathons and my 100-mile ultra marathon. And anybody who knows me, knows I will not compromise when it comes to nutrition. I spend waaay too much time and energy training to take a half-assed, nonchalant approach to what I'm putting in my body.

I believe every athlete should look at it the same way.

If you have questions for me, please don't hesitate to ask. Otherwise, I'm hoping you'll make the smart move and give AdvoCare a shot. I'll be following up with you personally after your order. 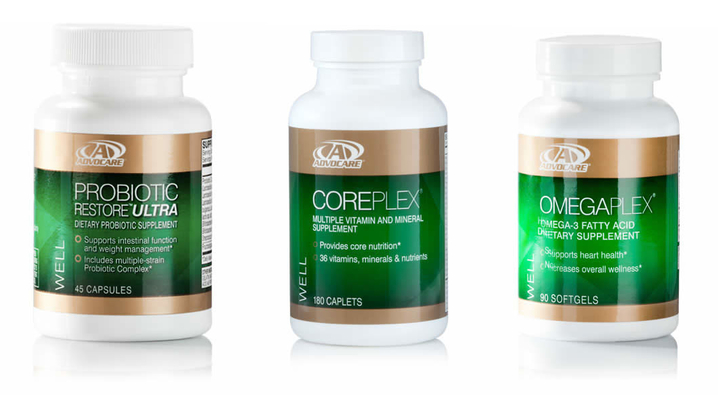 Probiotic Restore Ultra provides good bacteria and supports your immune system by improving nutrient absorption, digestion and regularity (sorry, but if it ain't comin' out, it ain't comin' off!).

CorePlex fills in our nutritional deficiencies through vitamins, mineral, antioxidants and botanicals for optimal health. Period.

OmegaPlex is Omega 3 fatty acids (yes, these are the good kind) that enhance metabolism, nutrient transport and blood flow, as well as heart health and brain health.

Rehydrate and Rehydrate Gels replace your electrolytes, hydrate your body and give you immediate and sustained energy. Take often, but specifically before and during exercise.

*Random side note - Parents, please give your kids this instead of other "commercial" sports drinks. Less sugar, less stomach issues and more electrolytes. They'll thank you for it. Magnesium helps with headaches, too.

*Statements made on this page have not been evaluated by the Food and Drug Administration. These products are not intended to diagnose, treat, cure or prevent any disease. Cool?