I can’t believe it has been two years since I ran 100 miles. Crazy how time flies and even crazier that I chose to attempt this feat in the first place.

It’s, by far, the hardest thing I’ve ever done in my life.

Physically, it was challenging.

Mentally, it was excruciating.

In reflecting back after two years, there are many lessons I learned from running 100 miles. I’ve boiled it down to four, and like anything in Outperform The Norm, all of the lessons apply professionally as well.

1 – You’re Your Own Biggest Opponent

Anybody who has ever done an “endurance event” (I use that term loosely) knows that there is a point in every race where you want to quit. In fact, you’d give anything to stop. You start to question WHY in the heck you’re doing this to yourself…why you thought it was a good idea in the first place.

I have a phrase:

” If you don’t bring it to the race, you’re not going to find it out there.“

It simply means that, anytime you’re attempting to do something significant, you’re going to encounter periods of adversity. It WILL happen. Guaranteed. You need to plan for it. Wishing it’ll be a train ride instead of a roller coaster is creating false hope.

I attribute this as the biggest reason that only about half the people who start a 100-mile run will actually finish the race (160 out of 300 in my race). It has nothing to do with physical. It is mental. It is knowing what you’re going to say to yourself when things get tough.

Every time things got hard during the race, I repeated the phrase, “Bring it on” (it’s only pain, after all). I knew things would get better…eventually. They always do. I also chunked the race down into smaller 4-5 mile segments (where the aid stations were located) and forced myself to stay hyper-present in the moment, because thinking about running 100 miles was too daunting and overwhelming. Doing this made it more manageable.

What do you say to yourself when you hit a snag in your business? When sales are down? When customers are complaining? When your company is restructuring? When products are delayed? When people quit?

What we bring to “the race” matters. Plan it in advance. 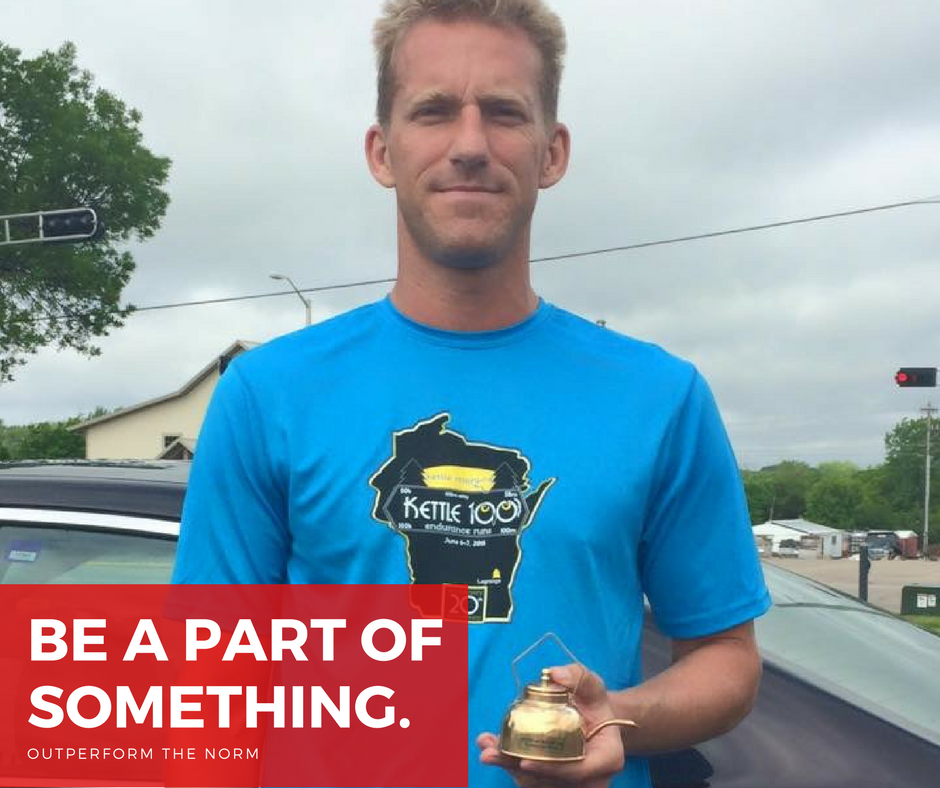 Nobody does these crazy races for fame and fortune (even if you win them, it still doesn’t happen). Ultra-marathoners do it to test themselves. To see what they have inside.

That was my purpose. I honestly didn’t know if I could run 100 miles. I wanted to test myself; to see if I had “what it takes.”

If you’ve read any of the recent research regarding intrinsic vs extrinsic motivation (or are familiar with Dan Pink’s thoughts on motivation), you know that money and titles and material “things” are not the best way to fuel someone’s long-term drive to do something. It comes from within.

What’s the underlying purpose for why you do what you do? How will it contribute to your legacy? How can you emphasize playing more “for the love of the game” than playing for the “trophy?”

Especially for Millennials, it is this connection to purpose that your business must have. It is the feeling that you’re engaged in a great and meaningful pursuit that you’ll look back on with intense pride and satisfaction. It’s being a part of something.

3 – Surround Yourself With Good People

Trust is built by surrounding yourself with people who will tell you what you NEED to hear, not what you WANT to hear.

It is at this moment that the majority of people drop out. I was almost one of them.

Trust me, knowing you have to go back out and run another 37 miles after you’ve already done 63 is really, REALLY, hard. It seems easier to settle for the accomplishment of running 100k and calling it a day.

I had two people supporting me in the race. They met me at this 100k point and saw me tired, hungry and thirsty. I told them I was done. I had had enough.

It was at this point that they looked at me and said, “You’re going back out there.”

I glared back at them, dropped a couple choice four-letter words and reiterated that I. WAS. DONE.

They stayed strong and responded, “No, you’re not. You’re going back out there because you came here to run 100 miles and the job isn’t done yet.”

F&%K! I was soooo mad. But once I realized they were right and were telling me what I needed to hear, I gathered my thoughts, had some food & drink, and got back out there. Thank God I surrounded myself with good people.

Who do you have in your business (and life) that tells you what you need to hear and not what you want to hear? These people become even more important as you achieve higher levels of success.

I signed up for the 100-mile run on January 1st, 2015. For context, I had never done an ultra-marathon (anything over 26.2 miles), I had no training plan, no coach and was completely clueless as to what I was doing.

I signed up anyway.

If there’s one striking difference I’ve noticed about The Norm vs. Outperformers, it’s the willingness to start the journey and to trust that you’ll figure it out as you go.

Does that mean you should randomly take risks without thinking and without doing your homework? Probably not. But I see too many people spend so much time contemplating how to start the journey that they never actually start it.

What’s one journey you’ve been wanting to start that you haven’t “officially” started? Why not? Is there really, actually, truly, any more “homework” you need to do before you pull the trigger?

Have faith. You’ll figure it out.

Thanks for the support and keep Outperforming,

Want weekly peak performance strategies to Outperform The Norm and raise your “game” in everything you do? 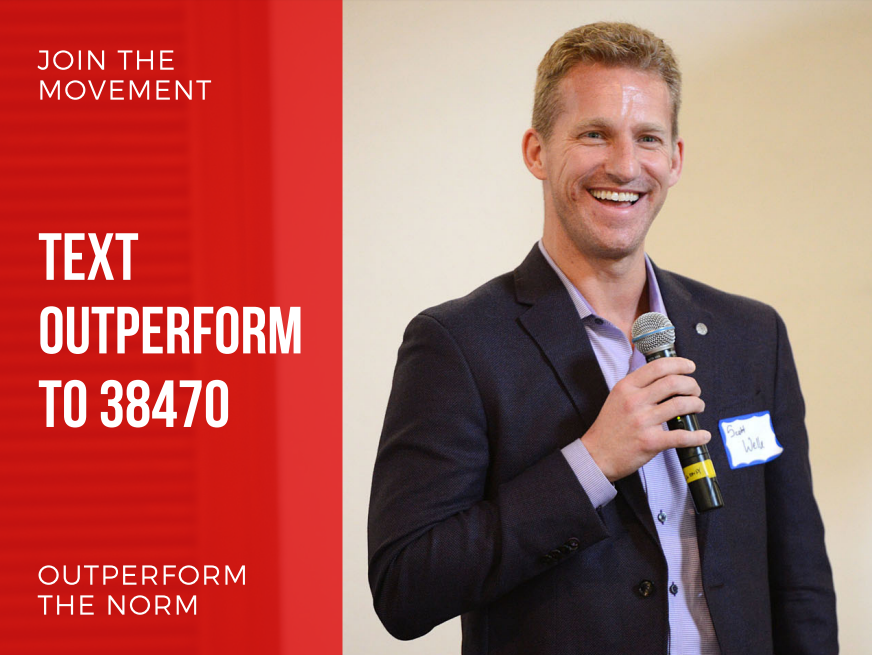