Many of you have reached out to me, wanting to know more about mindset & peak performance psychology. This is great because mindset affects our ability to achieve goals, to lead, to form habits and to thrive through change.

It’s the foundation on which Outperforming is built.

A couple of days ago I put out a post on LinkedIn about the Triple Bypass bike race and how important it is to do things that are uncomfortable, either physically, mentally, emotionally, spiritually, personally or professionally. 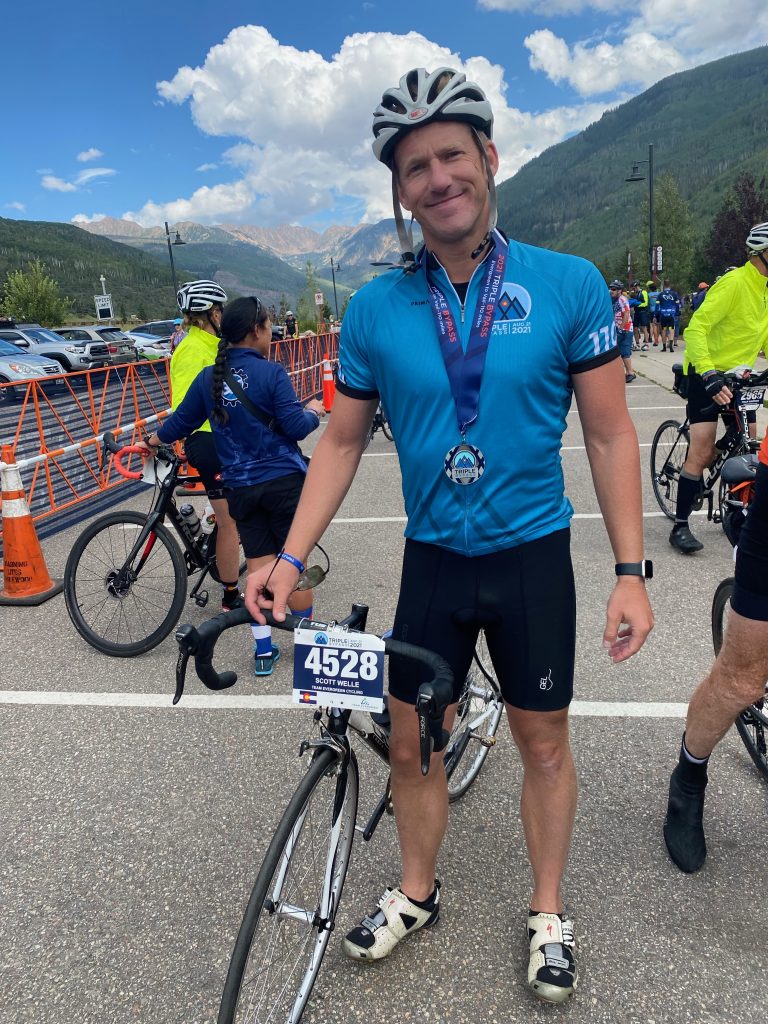 It is where we grow and feel most alive.

I'll take it a step further and share a story that shows this is simple but not always easy, even for yours truly.

I've done a lot of work with an organization called PMI (Project Management Institute). I've spoken for the local chapter here in Denver and two weeks ago I was sitting in my condo in Minnesota, drinking a hot cup of coffee, when an email came in, asking if I was interested in being the Emcee for their big annual Symposium.

There were a few other speakers included on the email and they'd identified us as having the "right energy" to be able to Emcee the event.

In addition to entertaining the crowd, I'd be responsible for introducing the two keynote speakers, Daymond John and Aron Ralston.

In that moment, I was scared. Not like I was going to die or anything, but that I wasn't capable of doing what was required.

Here's the thing, though - how many times have you done something in your life that you'd never done before? Raising kids? Job promotion? Athletic event? Each of these might have felt "scary" at some point but you stepped up and did what was required. You figured it out.

It's also in that moment that, believe it or not, I think of you. It seems pretty hypocritical of me to preach to you about Outperforming and being your best, when I'm making excuses and afraid to step up to the plate.

So, I got over myself and sent the email back, saying I was interested and I'd love to be the Emcee.

Unfortunately, as I was ping-ponging these thoughts in my head, one of the other speakers had responded first and was chosen as the Emcee. But that's beside the point.

Like I said in the LinkedIn post, every time my life has felt blah, it almost always perfectly coincides with being too comfortable and complacent.

As long as I'm doing things that periodically "scare" me, I know I'm growing and doing something right.

I hope the same mindset holds true for you.